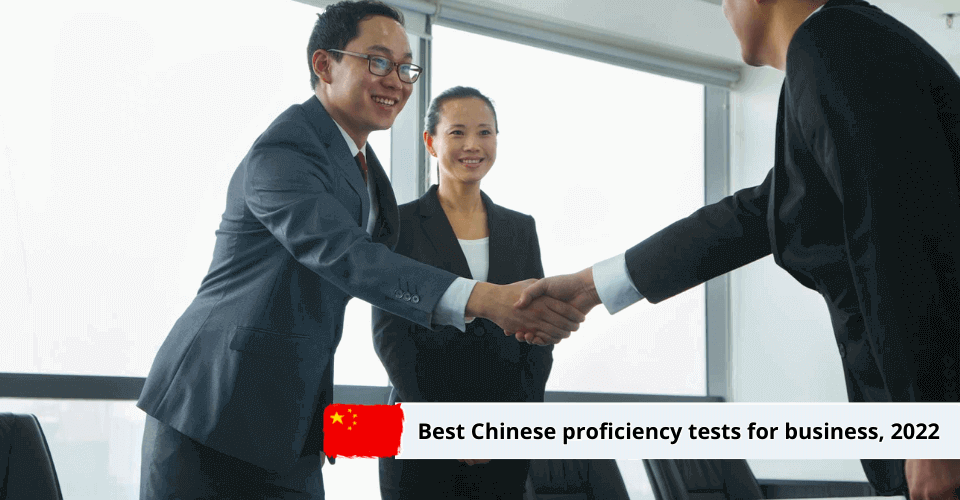 Looking to test your candidates’ and employees’ Mandarin proficiency?

Chinese Proficiency tests are designed to measure an individual's ability to communicate and work in Mandarin / Standard Chinese.

As an HR manager, or as a recruiter, or as a language trainer, why should you turn to Chinese proficiency tests?

There are many ways to measure Mandarin proficiency, but if you're looking for a test specifically tailored for business purposes, these are some of the best options.

The Hanyu Shuiping Kaoshi (HSK) — or Chinese Proficiency Test, or Chinese Standard Exam — is the most popular Mandarin proficiency test for business purposes and is offered by the Hanban, an affiliate of the Chinese Ministry of Education. The test is divided into six levels, with Level 1 being the easiest and Level 6 being the most difficult.

The HSK can be taken either in person or online, and consists of a written and oral test. The written test is divided into two sections, with the first section testing listening comprehension and the second testing reading comprehension. The oral test is divided into two parts as well, with the first part testing the ability to give a prepared speech and the second part testing the ability to respond to questions spontaneously.

Price: it varies by test center, but generally around $200 USD

2. The Test of Chinese as a Foreign Language (TOCFL)

The Test of Chinese as a Foreign Language (TOCFL) is a standardized test used to measure the Mandarin proficiency of non-native speakers. It is administered by the Ministry of Education in Taiwan and is recognized by businesses and institutions around the world.

The BCT is a joint project between the Confucius Institute Headquarters (Hanban) and Beijing Language and Culture University Press. It is designed to test the Mandarin proficiency of non-native speakers who need to use Mandarin for business purposes.

The BCT consists of three levels – Level 1, Level 2, and Level 3. Each level has two parts – a written test and an oral test. The written test is divided into two sections – reading and writing. The oral test is a face-to-face conversation between the test-taker and a native Chinese speaker.

To pass the BCT, test-takers must score 60% or above on each section of the written test and pass the oral test.

The BCT is recognized by a number of organizations, including the China Council for the Promotion of International Trade, the Beijing Municipal Government, and the Beijing Olympic Organizing Committee.

Price: It varies depending on the level, but generally around $100 USD

Pipplet is a cloud-based language testing system for testing spoken and written skills in Standard Chinese (= Mandarin). Therefore, it is easier to find workers who are already proficient in the language needed for the job.

A human examiner reviews the tests and sends the results within 24 hours. Pipplet offers assessments in 40 languages, including Chinese, English, Spanish, French, Hindi, and more.

5. The Mandarin Test from the Language Testing International (LTI)

The LTI Business and Professional Mandarin Test is a standardized test that assesses an individual's ability to communicate effectively in a business setting in Mandarin Chinese. The test is composed of four skills: reading, writing, listening, and speaking. This test is available in two versions: the Standard Version and the Advanced Version. The test can be taken either online or offline.

While there are many ways to assess your candidates’ and employees’ Mandarin proficiency, these are some of the most commonly used tests in the business world. Regardless of which test you choose, studying and preparing beforehand is essential to ensure the best possible score.